When a fashion designer uses his or her own name as a brand name, it is extremely challenging to register such brand name as a trademark in today’s Japan. The Trademark Act lists “a trademark that contains the portrait of another person, or the name, famous pseudonym, professional name or pen name of another person, or famous abbreviation thereof (except those the registration of which has been approved by the person concerned)” as one of the types of trademarks that cannot be registered (Article 4(1)(viii)).

When examining an application for a trademark that contains the name of a natural person, the Japan Patent Office (“JPO”) searches for that name in telephone directories published across Japan as well as on the Internet. If the search results show only one individual with that name, the JPO requires the applicant to submit evidence that such individual has agreed to allow the applicant to register the trademark containing his or her name in Japan. On the other hand, if the search results show that there are two or more individuals whose name is contained in the composition of the applied-for mark, the applicant will not be able to register the trademark unless it submits documents to the JPO proving that all of the other individuals have agreed to the registration of the trademark containing their own name.

Issues in the Examination at the JPO

Under the examination practice as described above, a trademark containing a rare name is more likely to be registered, while a trademark containing a common name faces difficulties in achieving registration, even if the applicant is a natural person who has that name. Even if the JPO cites two or more individuals who have the name contained in the applied-for mark from telephone directories, the applicant could overcome such citation by submitting a letter of consent signed by each cited individual. However, obtaining the consent of all individuals in Japan who have the same name is not practical as it requires a great deal of effort on the part of the applicant.

Traditionally, the JPO had been more flexible in determining whether or not a trademark containing the name of a natural person falls under Article 4(1)(viii) of the Trademark Act, taking into account the degree of well-known status of the name pertaining to a particular person or assuming that the issues can be resolved through opposition and/or invalidation proceedings after the trademark rights have been granted.

However, in recent years, an increasing number of individuals, such as fashion designers or corporate founders, have applied for their own names as trademarks, and many of these applications have been rejected by the JPO on the grounds that they fall under Article 4(1)(viii) of the Trademark Act. Particularly for the fashion industry, where the designer's full name is often used as the brand name, it is of great concern that as long as the current examination practice is in place, they will not be able to properly protect their own brand under the Trademark Act.

Since 2019, the Intellectual Property High Court (the “IPHC”) has issued some pertinent decisions on the registrability of trademarks that contain the names of natural persons in their composition.

In 2019, the IPHC rendered a decision supporting the JPO’s appeal decision that the application for the following trademark filed by jewelry designer Ken Kikuchi fell under Article 4(1)(viii) of the Trademark Act because the applied-for mark contained “another person’s name,” “KEN KIKUCHI” (IPHC, No. 2019 (Gyo-ke) 10037). 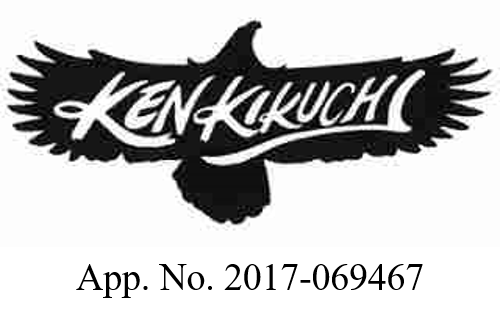 In the decision, the IPHC stated that: (i) the “KENKIKUCHI” portion of the applied-for mark could be objectively understood as the name of a person which reads as “KIKUCHI (last name) KEN (first name)”; (ii) this name was not limited to the name of the plaintiff; and (iii) even if the applied-for mark had a certain degree of fame as the logo of the plaintiff’s brand “KENKIKUCHI,” such fact did not affect the above finding. The IPHC also stated that, given the purpose of Article 4(1)(viii) of the Trademark Act and its wording, it is difficult to understand that the “name of another person” in the said item is limited to those that are famous or rare, and that, as long as the applied-for mark contains the “name of another person,” it is not necessary to consider the well-known status of the mark.

The IPHC rendered another decision in 2020 supporting the JPO’s appeal decision that the application for “TAKAHIROMIYASHITATheSoloist.” in standard characters filed by K.K. Soloist, which is represented by fashion designer Takahiro Miyashita, fell under Article 4(1)(viii) of the Trademark Act (IPHC, No. 2020 (Gyo-ke) 10006).

In its decision, the IPHC confirmed that the letters “TAKAHIROMIYASHITA” in the composition of the applied-for mark could be recognized as the name of a person which reads as “MIYASHITA (last name) TAKAHIRO (first name)” and that the applied-for mark therefore contained the “name of a person.” In response to the plaintiff’s objection that: (i) there would be differences in the registrability of a trademark depending on factors beyond the applicant’s control, such as the existence of others who have the same name as that contained in the composition of the trademark; and (ii) unless the name is quite rare, it may be virtually impossible to register a trademark containing the name of a natural person, especially in the case where a trademark contains a Romanized name of a natural person, as the applicant needs to obtain consent from many others owning the name pronounced the same, the IPHC stated that under Article 4(1)(viii) of the Trademark Act, it is expected that what is described in (i) and (ii) above will occur to a certain extent, and that this cannot be immediately said to be unfair or contrary to the purpose of Article 1 of the Trademark Act (i.e. contribution to the development of the industry and protection of the interests of consumers).

The IPHC also stated that since Article 4(1)(viii) of the Trademark Act does not require actual or possible infringement of personal interests, it cannot be interpreted that a well-known brand that does not remind others of the same name does not fall under this item just because there is no risk of damage to personal interests.

In its decision issued on August 30, 2021, the IPHC overturned the JPO’s appeal decision that the application for “MATSUMOTOKIYOSHI” (Sound Trademark) filed by Matsumotokiyoshi Holdings Co., Ltd. fell under Article 4(1)(viii) of the Trademark Act (IPHC, No. 2020 (Gyo-ke) 10126).

In its decision, the IPHC confirmed that: (i) the indication of “マツモトキヨシ” (MATSUMOTOKIYOSHI in katakana) was famous throughout Japan as the name of a drugstore, etc.; and (ii) the sound identical or similar to the applied-for mark, including the linguistic element “MATSUMOTOKIYOSHI,” has been used in TV commercials, etc., and as a result, it has become widely known as a phrase in the commercial song of the “MATSUMOTOKIYOSHI” drugstore. Based on the above, the IPHC stated that consumers who come into contact with the applied-for mark would easily associate the sound which consists of the linguistic elements, “MATSUMOTOKIYOSHI,” with the name of the drugstore, and not with a person’s name, and concluded that the applied-for mark did not constitute a trademark that includes the “name of another person” as specified in Article 4(1)(viii) of the Trademark Act. 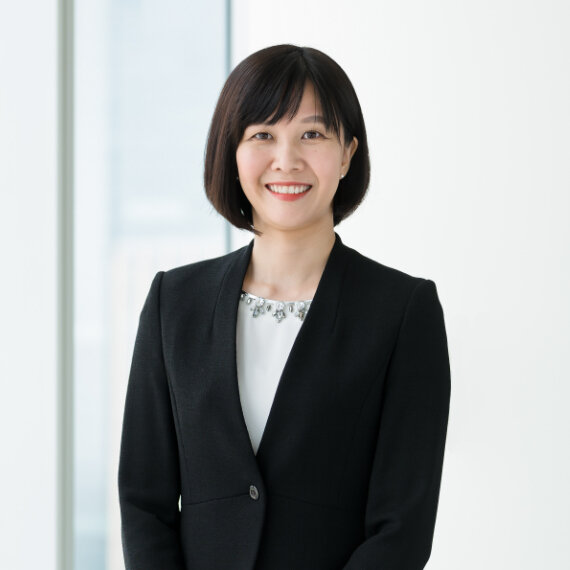